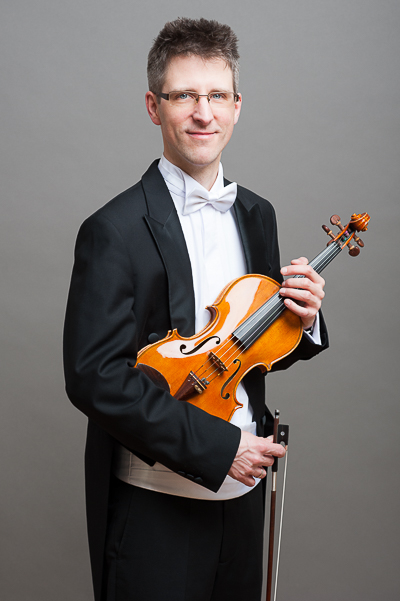 Official member of the orchestra since 2001 but he has been playing with us regularly since 1997.

With his wife Kata they have two daughters, Anna and Dóra.

Influenced by a kindergarten teacher who accompanied children’s singing by playing the violin at celebrations, Márk began his violin lessons at the age of five. His father, a flute teacher, had no choice but to take him to a colleague, a violin teacher. Márk was a high school student (at Buda High School, formerly Táncsics) when he first sang at the Academy of Music, Budapest in the Choir of Budapest High School Students, at the predecessor of today’s Let the Country Sing initiative, conducted by Gábor Hollerung.

‘I love playing here because my two best friends also work here. And the programmes are really diverse. What else can I wish for on the 25th anniversary (in 2018 – the ed.) than to be able to celebrate the 50th together in 25 years from now.’