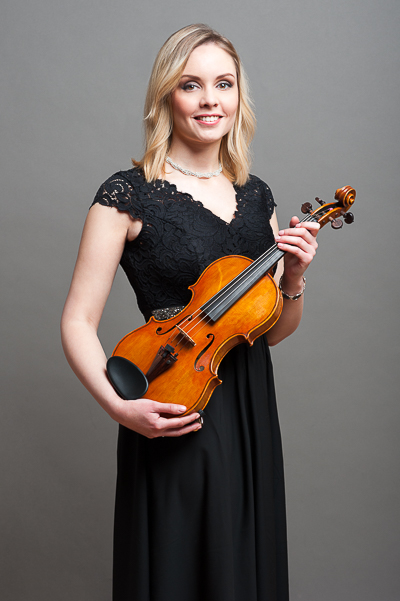 Member of the orchestra since 2014. She completed her university studies at the Academy of Music, Budapest in April 2017 and played with the Dohnányi Orchestra at her diploma concert. She currently attends the Department of Teacher Education of the Academy of Music where she will earn her degree this spring.

Many in her family play music too, both her parents learnt how to play the piano and the organ. Although they did not pursue a career in music, she has enjoyed their unconditional support from an early age. She was encouraged to decide on her own which instrument to choose and received plenty of assistance from them in early years of practising. Barbara is immensely grateful to her parents for being right behind her throughout the often times demanding and challenging school years and for having inspired her to reach her goals ever since.

’I greatly appreciate the high quality work we do here at the orchestra and treasure this close community in which our conductor, Gábor plays a central role. What I value most is that we are able to co-operate efficiently, whether as individuals or being in smaller or larger groups.

On this anniversary I wish for many more beautiful concerts to come both for the audiences and us. It is also my desire to bring classical music closer to a wider audience, with special focus on small children.’