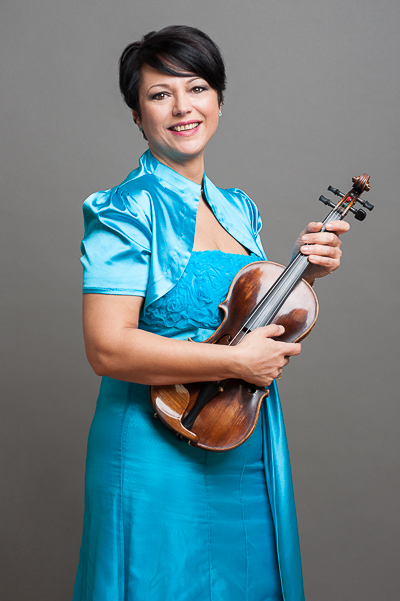 Member of the orchestra since 2000 but even before that, already since 1992 she had been a regular temporary player. She participated in the concert held in celebration of the Dohnányi Orchestra becoming an official professional ensemble.

Magdolna was born in Orosháza. Her good ear for pitch was discovered when she was only 5 years old. She started her musical studies in the local music school as a cellist and when she turned seven she switched to violin. At the age of 13 she was already preparing for a career in music with a scholarship at the preparatory department of Liszt Ferenc College of Music in Szeged. The courses she took with Professor Ferenc Halász encouraged her to enrol in the Academy of Music, Budapest where she successfully passed the entrance exam in 1991. She was a student under Professor Géza Kapás and maestros György Konrád, Márta Gulyás, László Kóté, Ferenc Kertész, András Mihály, András Batta, László Vikár and József Újfalussy, to name just a few. Since graduating Summa cum laude in 1996, she has improved her skills at numerous courses and postgraduate seminars. Since childhood she has preferred playing in an orchestra, nonetheless, she played solo on several occasions both in Hungary and abroad and gave a solo recital in Budapest. Between 1995 and 1999 she regularly took part in the International Bartók Seminar in Szombathely to enhance her abilities as a viola player. She had the opportunity to work, among others, with Valéria Szervánszky, György Kurtág and László Tihanyi. As a viola soloist she performed in several countries of Europe, and in 2013 she played the solo accompanied by Dohnányi Orchestra.

‘For me, the most important bonding factors with BDO are the excellent collegiality and friendship among members as well as Gábor Hollerung’s extensive knowledge and remarkable ability to hold this community together.’