Zemplén Festival has been more than just a job for Budafok Dohnányi Orchestra for many years now. It is also a way for the members and friends of the orchestra to chill and have fun together: in addition to the unique acoustics of the Sárospatak Castle Court, they can spend more time together in this beautiful countryside than it would be possible on a normal day of the year amidst the many rehearsals and concerts. Small ensembles formed by BDO members also have regular opportunities to perform at the Festival.

The ensemble was formed in 2001 upon entering an international brass competition in Passau. The corpus is a funnel for brass instruments, so the name almost lent itself. The ensemble is composed of the members of the trombone section of Budafok Dohnányi Orchestra (or as they call themselves, the Dark Side): András András Sütő, Péter Pálinkás, Gábor Hegyi and Olivér Gáspár. The young men are preparing for the Festival with some entertaining music from their vast repertoire, ranging from old music to contemporary.

And what makes them look forward to the Festival? After the madness of the capital, the tranquil countryside of beautiful Zemplén region offers a relaxing way for them to recharge their batteries. They also enjoy visiting the renovated castles and young wineries on their days off.

Corpus Trombone Quartet celebrates its 20th anniversary this year. Twenty years of international competition victories and world tours have been a formative time together for the members and the group as a whole. They are looking forward to entertaining the audience of Zemplén Festival on 16th August 2021. 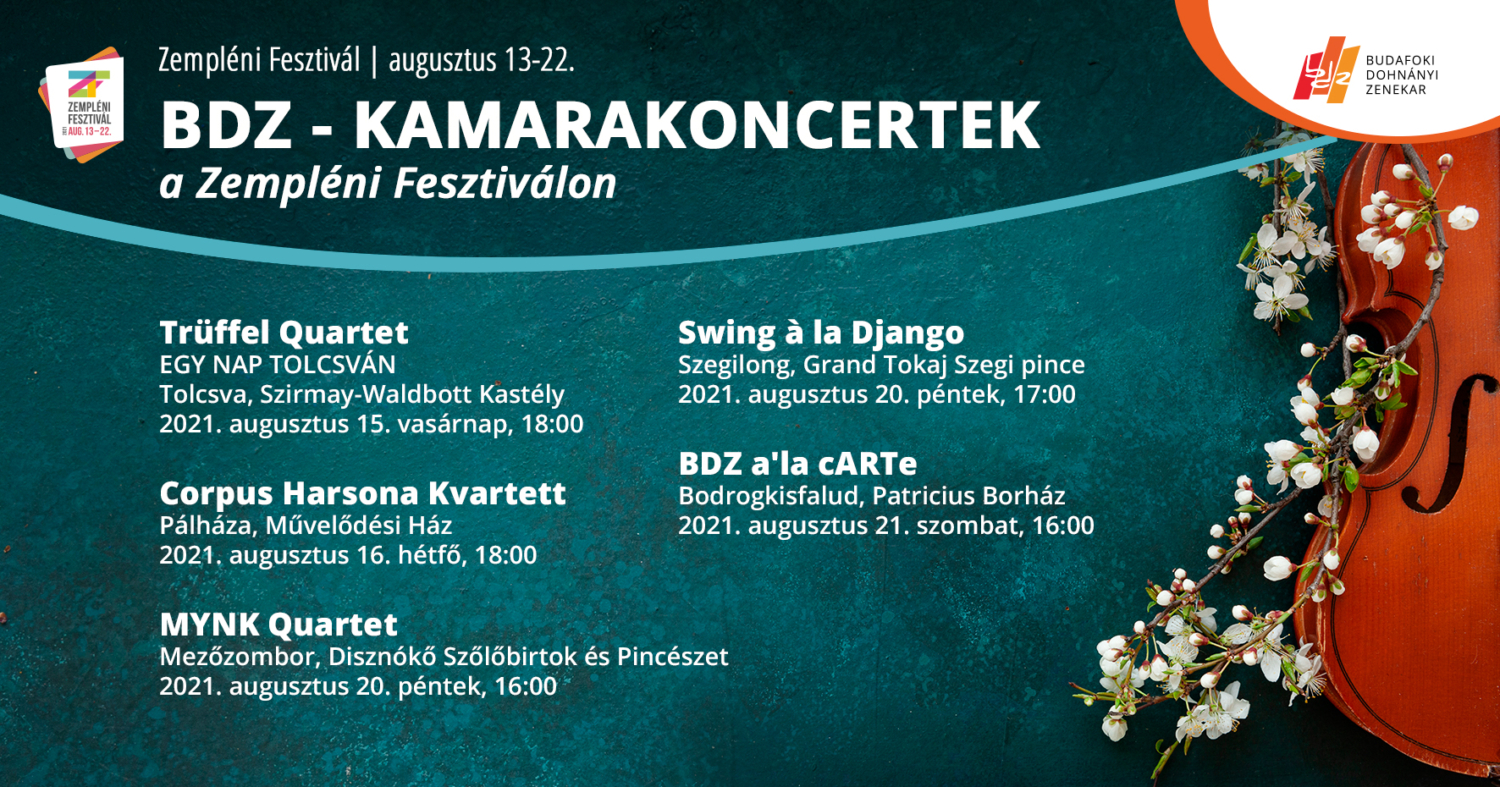