Tonight, BDO will perform works that failed to gain public recognition in their time, and took several decades to eventually find their rightful place in music literature.

The first work to be performed is Edward Elgar’s only cello concerto. This is one of the lasts of Elgar’s major works, the basic melody of which is said to have been written down by the composer after a tonsillectomy, after days of suffering and pain. The Cello Concerto was later developed from this melody, but its première in 1919 was a failure caused by too few rehearsals and the conductor’s pique against it. A few decades later, the legendary cellist Jacqueline du Pré played the piece in concert, and succeeded in winning acclaim for it. In today’s concert, the young cello phenomenon, Danielle Akta will interpret the piece for us.

Our concert will then continue with Rachmaninoff’s Symphony No. 1. Although the Russian composer was exceptionally gifted in playing the piano, he had a keen interest in composing from a young age. His music teacher was strongly against his ambitions as a composer, and Rachmaninoff eventually left his teacher, so he could no longer hinder his development. His first opera, composed in 1892, won him great professional acclaim, which encouraged him to continue composing. A few years later, he wrote his Symphony No. 1, inspired by his enthusiasm for his love at the time. But the première of the work was a huge failure – allegedly due to an ill-prepared orchestra –, and Rachmaninoff could not get over it for several years. However, time has proved his talent, and it is now considered one of his finest works.

Tonight, Budafok Dohnányi Orchestra will be conducted by Yeruham Scharovsky from Israel. 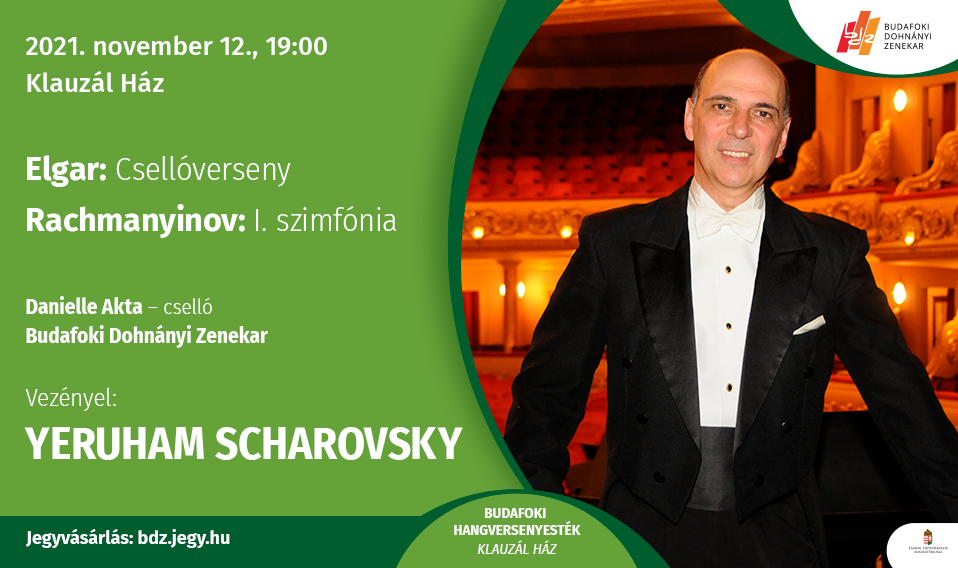