Cheerful, well-known tunes are going to fill the Tokaj Festival „Hollows” (open air theatre) this summer – as BDZ is about to bring you a sense of liberation on 21 August in Tokaj. In putting together the programme, we tried to make the audience – and ourselves – forget the difficult months behind us, and so we chose two well-known pieces to help us do just that.

West Side Story needs no introduction, really: The musical is set in 1950s in the Upper West Side of New York City. The story is inspired by Shakespeare’s Romeo and Juliet, centred on two rival families and two street gangs of teenagers from different ethnic backgrounds.

The music was composed by Leonard Bernstein. Symphonic Dances from West Side Story is a virtuoso orchestral work, and therefore a widely popular repertoire piece for symphony orchestras. The music of the suite incorporates all the musical layers of the original work, from cool jazz through Latin American ballroom dancing to classical music almost reminiscent of Stravinsky.

Carmina Burana is considered one of the most popular works in choral literature for good reason: its melodies reach to the heart and transport you to dreams of the past. It is timeless music that manages to capture an ever-changing world. The most characteristic features of Orff‘s music are its primitive melodies, powerful dynamics and magical repetition of motifs – evoking the pulsating, intoxicating magic, instinctive and erotic passion of ancient tribal songs accompanied by drums. Carmina Burana has no plot; it focuses on the force that keeps the world in eternal motion, the joy of life. It is a work about love, spring, youth, about the experience of the renewal of nature. This evening, our audience will be able to enjoy this popular piece accompanied by spectacular visual effects. 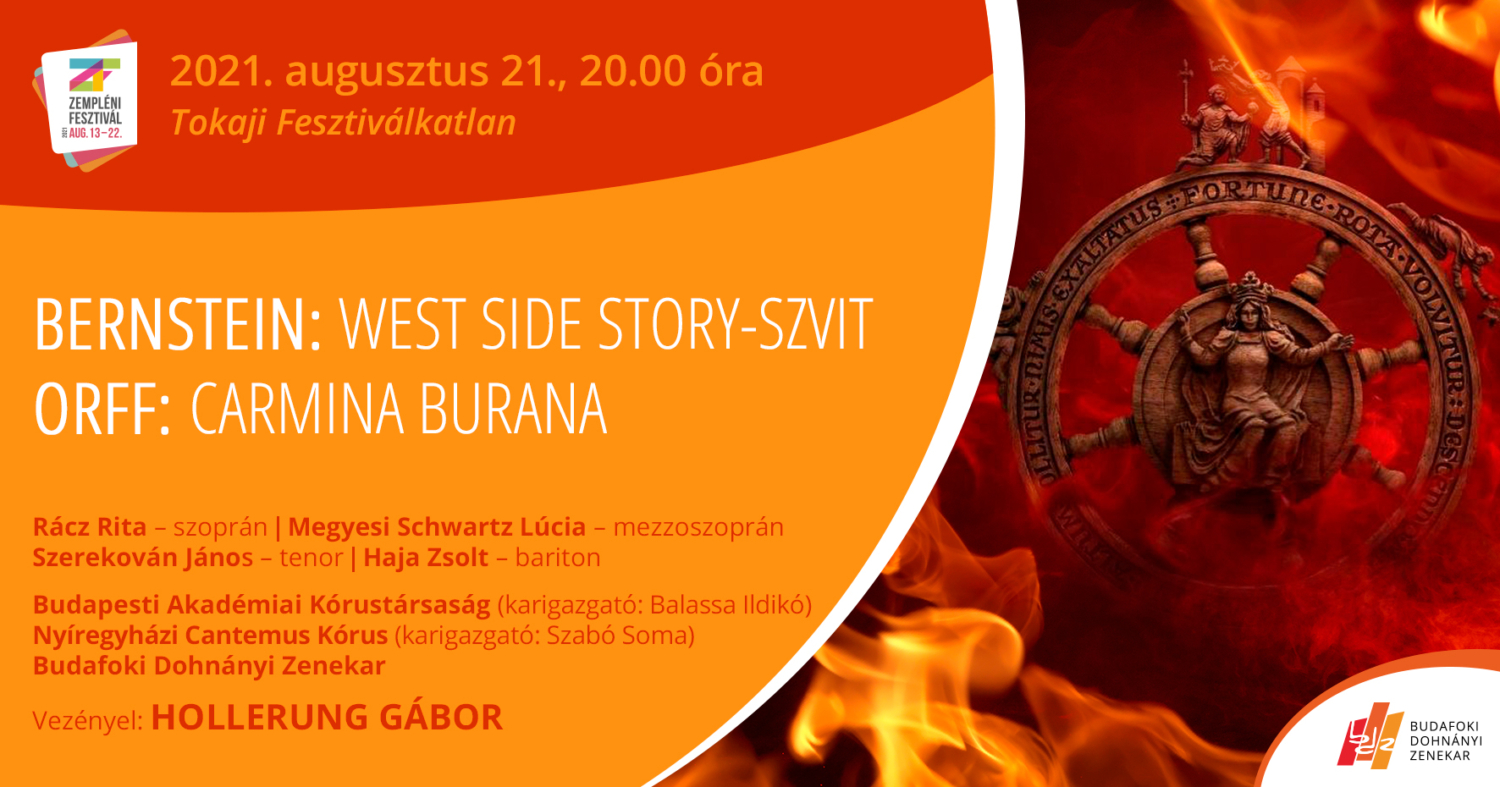