Just as in previous years, and celebrating its 30-year anniversary, Zemplén Festival will be opened by its resident orchestra, Budafok Dohnányi Orchestra.

The first piece to be performed at the Opening Concert will be Tchaikovsky’s Violin Concerto in D major, one of the most popular and difficult violin concertos in music literature, and one of the “great” concertos written for violin. The composer dedicated the piece to Lipót Auer, but he thought it unplayable, so it was first performed by the young Adolf Brodsky. Eventually, Auer, too, changed his mind and played it several times, what’s more, the edition of the score that is known today was also arranged by him. The composer did an excellent job of reconciling the Russian folkloric character with Western European concerto literature. The solo in the piece is played by the internationally renowned violinist József Lendvay. Lendvay has been playing the violin since he was four years old, and his first teacher was his father, József Lendvay Csócsi, the well-known primas (gypsy orchestra leader and soloist – the tr.). He started performing at a young age, and was a student of the special talents class at the Liszt Academy, Budapest.

In the second half of the concert, the audience will hear Saint-Saëns’ Symphony No. 2. Saint-Saëns was a child prodigy, composing at the age of seven and giving public concerts at the age of ten. He was a young man when he had already won the friendship of Gounod, Rossini and Berlioz, and his qualities as a composer and pianist were praised by Franz Liszt, who called him the best organist of his time. He left behind a varied oeuvre, and from this rich harvest we have chosen his Symphony No. 2 for our summer concert programme. The work is a unique blend of Romantic values and rigorous Classicist ideas: the lush, joyful, playful characters of Viennese Classicism are just as noticeable in the piece as the typical stylistic traits of Saint-Saëns’ music. 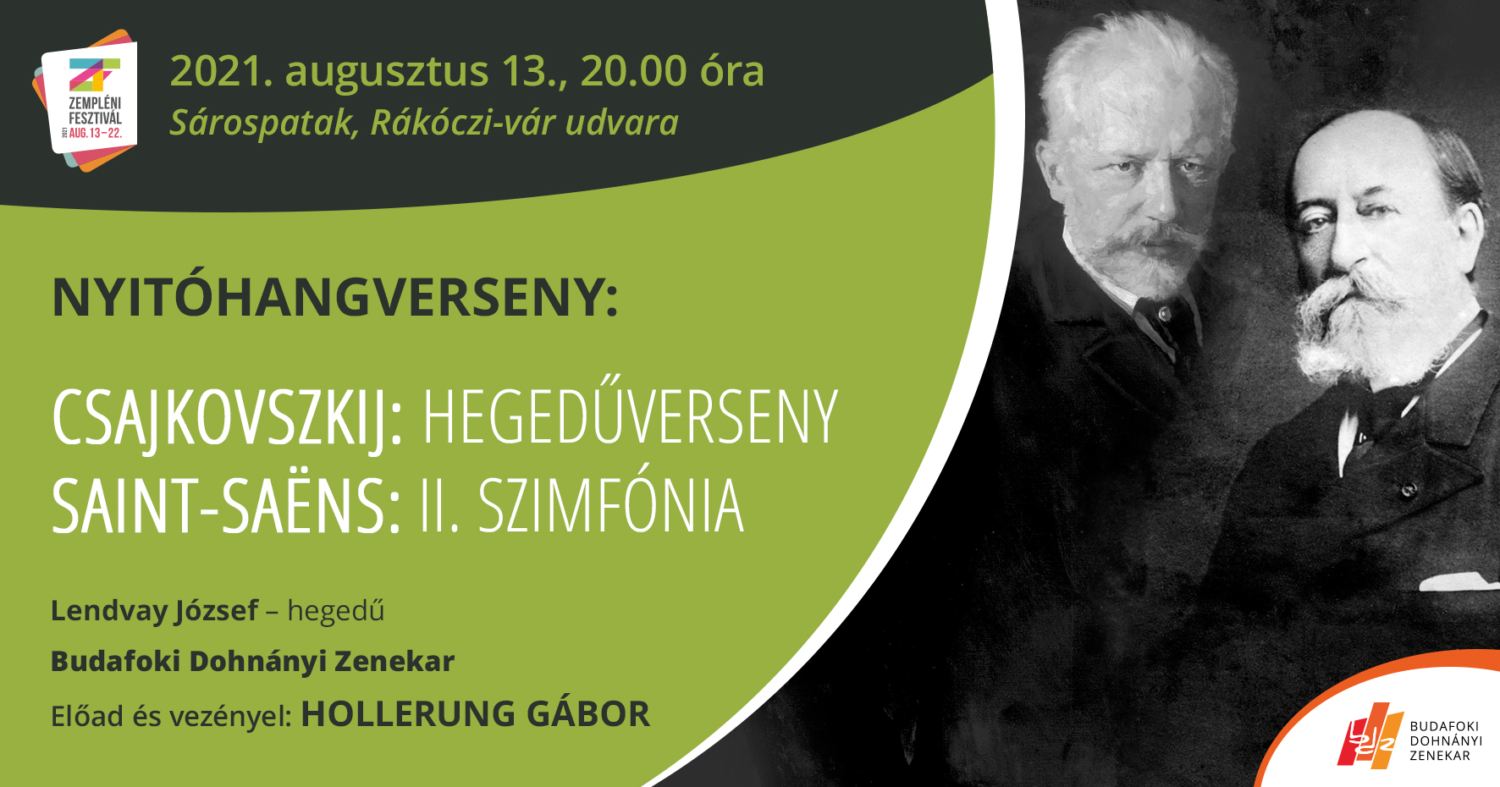