Three of the greatest masterpieces of Russian music will be played at tonight’s concert. The first one is the overture of Kabalevsky’s (1904-1987) opera (based on the short story by Romain Rolland). The opera’s première took place in 1938 in Leningrad. The overture – one of the most outstanding orchestra pieces by Kabalevsky – serves as a brief yet very neat description of the hero of the opera: a musical rendering of the elemental vitality, sense of humour, self-consciousness and wisdom of Colas Breugnon. Kabalevsky is an obedient and talented follower of traditions. He draws much and gladly from the melodies and rhythms of Russian folk songs, but other than that, it is thanks to his simple ways of expression, direct and intimate voice and kind sense of humour that he managed to fit in so harmoniously into the social fabric of his age and society. Before writing this work he immersed himself in deep studies of the subject and also used some French and Burgundy folk songs in his piece, merging them very smoothly into his own style.

Dmitri Shostakovich dedicated his Violin Concerto No. 1 (A minor, op. 77) to David Oistrakh. In this piece, the composer broke up with the traditional 3-movement structure of the genre and articulated his concerto in four movements instead. What’s more, the concerto acquires a taste of programme music in that, apart from the tempo indication, there are also titles to its movements: the opening Nocturne is followed by a demonic Scherzo. The slow movement, a tribute to Baroque, is a Passacaglia which culminates in one of the longest cadences of the repertoire. The fourth movement is a whirlwind like Burlesque. This piece is the ultimate challenge to any soloist in terms of preparation and stamina. Oistrakh compared the violin solo to a Shakespeare hero’s role. Tonight’s soloist will be the world famous violinist Vadim Repin who has been a celebrated performer of the grandest concert halls since he was 14 and is still the youngest winner of the Queen Elisabeth Competition of Brussels, which is considered one of the most prominent musical competitions. Our orchestra first performed with him in February 2020 at the Cziffra Festival and had a raving success.

Symphony No. 3 is an odd one out in more than one aspect among the six symphonies of Tchaikovsky. This is the only one written in a major tone, the only one extending the classic four-movement model into five, the only one completed in just a few weeks and never reworked by the composer, and finally, the only one that fell into oblivion almost immediately after its première. Tchaikovsky started composing this symphony in June 1875 while at his student Vladimir Shilovsky’s estate (the piece is also dedicated to him) and finished it by early August, thus placing it in the immediate vicinity of two of his most popular works until today: Piano Concerto in B minor and Swan Lake. Symphony No. 3 also contains some suite like elements: the unusual 5-movement form – the model for which was provided among others by Beethoven’s Pastorale Symphony, Berlioz’ Fantastic Symphony or Schumann’s “Rhenish” Symphony – includes two dance like movements. The opening slow movement recalls the character of a funeral march as its enormous pedal point above the dominant A note prepares the transition to the traditional sonata formed, shiny and cheerful movement itself. After the second movement in B major which is like a German waltz, the centre of the work is taken up by the overflowing melody of the slow movement, to be followed by the Scherzo, with some of the materials of one of Tchaikovsky’s earlier written cantatas recycled in it. The Finale, which, in Cui’s judgement “fell short of a musical content”, is a grandiose, festive, brilliantly orchestrated polonaise, combined into a rondo format. 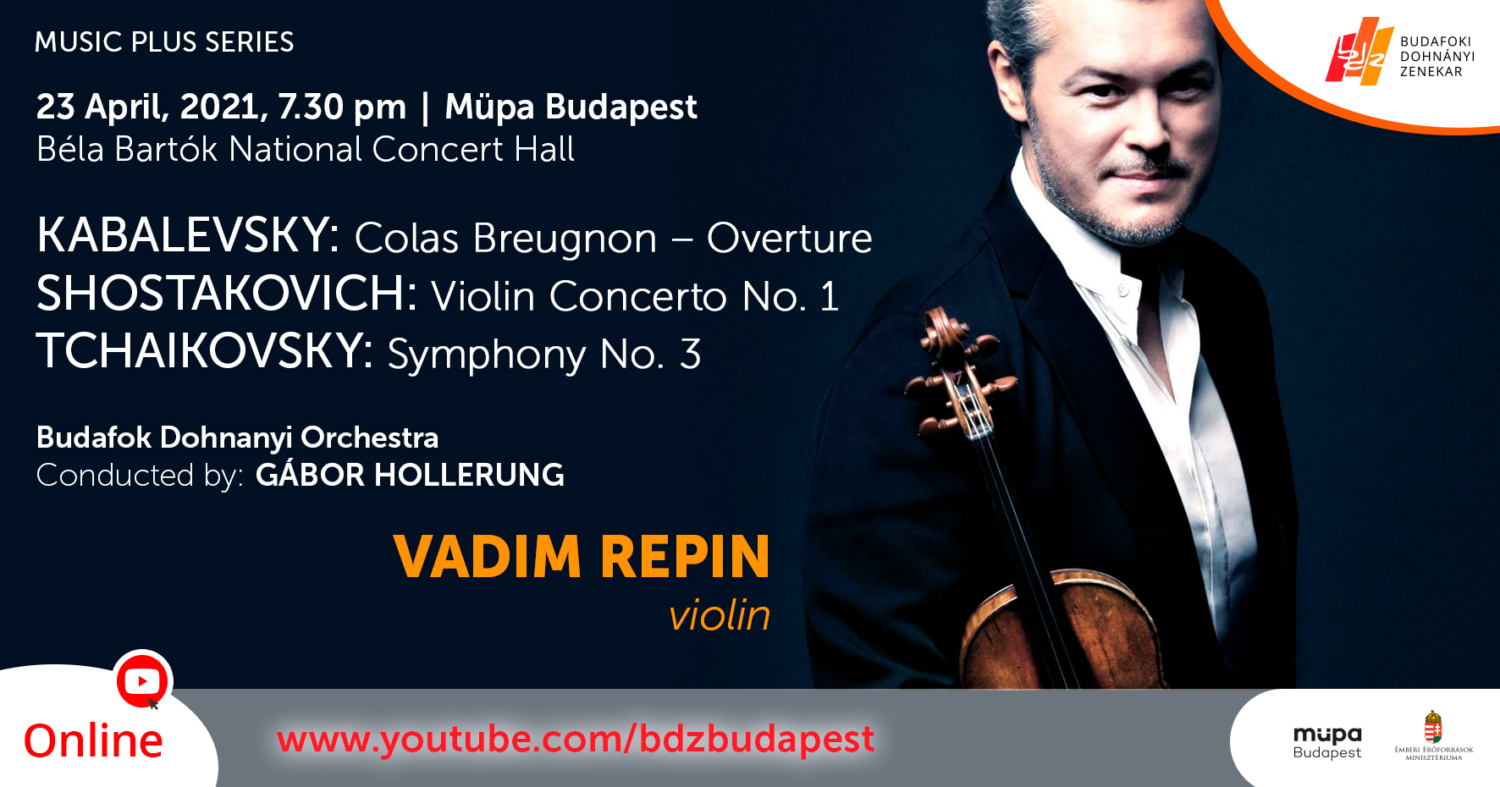