The word ‘romantic’ means ‘novelistic’, and it is no coincidence that Romantic music is often narrative or depictive in character, sometimes in a more concrete sense, and sometimes more abstractly. This concert will present two Romantic works, along with a third one positioned on the boundary between Romanticism and Modernism, although with many Romantic features – along with a strong power to narrate and depict… Mussorgsky, Stravinsky and Dvořák constitute the offering at this concert, which will be conducted by our ensemble’s first conductor, Guido Mancusi.

Mussorgsky’s musical scene Night on Bald Mountain evokes a favourite theme of the Romantic era, one also treated by Berlioz: the witches’ sabbath. This one takes place on Saint John’s Eve, when many terrifying things take place on a certain bald mountain. Extreme music with many picturesque elements, often garish ones: its is a work that does not need to be tamed. This version of the piece was arranged by Rimsky-Korsakov. Stravinsky’s Firebird Suite borrows the motifs of the wicked sorcerer, the miraculous bird, the brave prince and the captive princess from Russian folklore. While the sounds of Slavic folk life are also present in the atmosphere of this extraordinarily powerful piece, it is also influenced by the virtuosic artistry of Rimsky-Korsakov’s orchestrations, French Impressionism and the nascent Modernism of the time.

Someone listening to Dvořák’s New World Symphony and knowing what the title is might very well believe that the composer is conveying America: it’s quite easy to imagine the endless prairies and the monumental dimensions of the bustling metropolises. In reality, though, the work incorporates only a single melody, an American Indian tune, that can be linked to America; otherwise, the music is purely Slavic, just like the composer’s other symphonies. Conducting the Budafok Dohnanyi Orchestra at this concert will be the Italian-Austrian maestro Guido Mancusi, who was born in Naples in 1966.

Dvořák: Symphony No. 9 in E minor, ‘From the New World’ 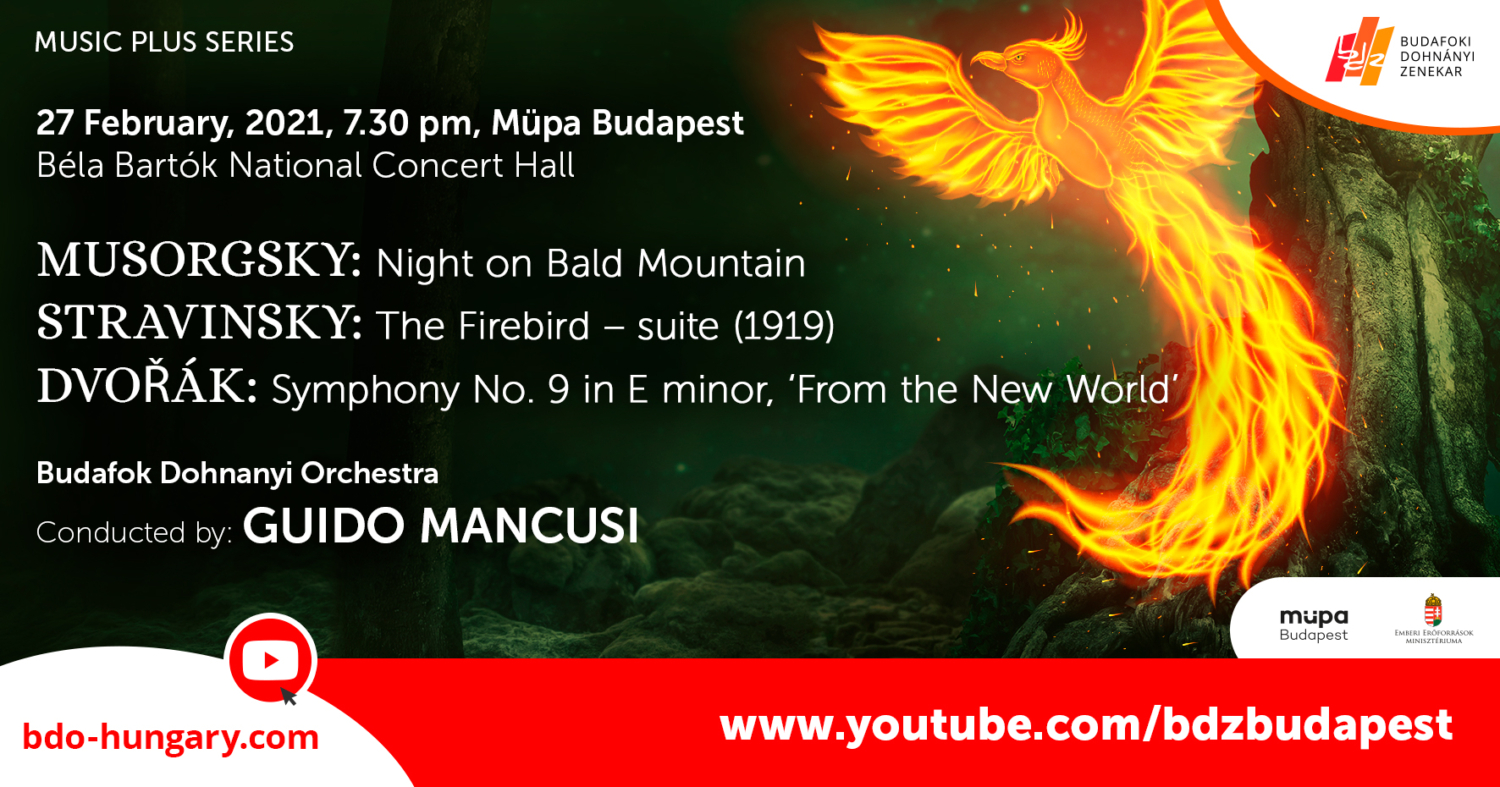