During his short life, Mozart wrote 41 symphonies, as traditional records show. Symphony in A major is the 29th in this series, composed when Mozart was just 18 years old, in 1774. He had just returned from a trip to Vienna, where he was visiting his father. It was probably here that he heard Haydn’s latest works, which made a great impression on him, which led to the composition of several pieces. Symphony in A major is one of these, with a youthful momentum and charm. The first movement is an allegro moderato, opening the symphony with a theme full of tension, followed by a wonderfully melodic andante movement. The third movement is a minuet, and the work is concluded by a brilliant finale.

Born into a family of Venetian merchants, Tomaso Albinoni initially composed music just for pleasure. When his carefree life was ended by the financial ruin of his family, he continued to compose – but this time in order to make a living. His rich oeuvre includes operas, concertos, symphonies, sonatas and solo cantatas. Albinoni was one of the firsts to write works for oboe, including several concertos, of which BDO will perform the C major concerto for two oboes tonight.

The final piece of the evening is Debussy‘s only string quartet, the Quartet in G minor. Written in 1893, by the then 31 year-old composer, it is a traditional four-movement string quartet: sonata, scherzo, slow movement and then a fast finale, but the musical sounding is entirely new. Exotic runs, unusual chords, unique harmonies and a cyclically recurring main theme make the piece really exciting. The work was a great success, so much so that it inspired Ravel to compose his own string quartet. 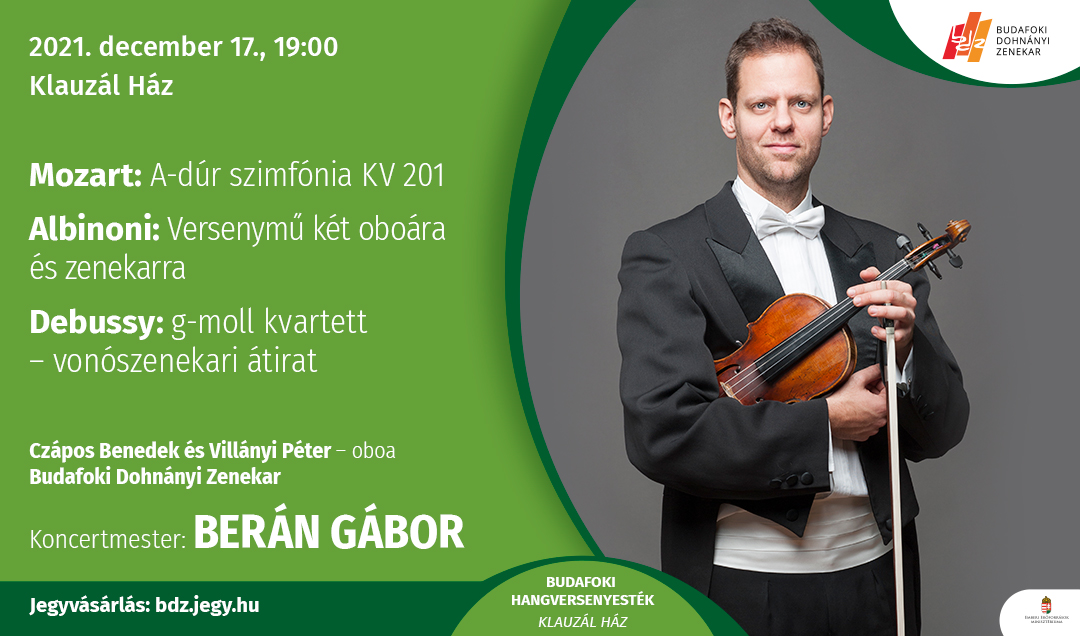