For this season’s first concert in Budafok, Gábor Hollerung has chosen works by 3 composers who were considered child prodigies in their time.

The first piece to be performed is Georg Philipp Telemann’s Burlesque de Quixotte Suite. This German composer had no musical education, but his early talent was continuously supported by his teachers, despite parental forbidding. By the age of ten he was already playing several musical instruments and at twelve he wrote his first opera. To this day he is considered one of the most prolific composers, having written more than 3,000 works. Tonight, our audience will be able to listen to his Burlesque de Quixotte Suite, written in the last year of his life. The work is based on the novel Don Quixote de la Mancha by Cervantes, whose protagonist, imagining himself a knight errant, sets off in search of adventure. The word burlesque means mockery, joke, farce, and Telemann gives this title to his work because it refers to the situation comedy of a character who endows prose reality with the ideals of the world of knights. The work for string orchestra begins with a French overture, followed by six further movements in which we meet Dulcinea, Sancho Panza and the Windmills.

The next prodigy of the evening is Erich Wolfgang Korngold. Born in Brno, he was playing piano four hands with his father by the age of four, composing by the age of seven and premiering his first works at the age of thirteen. His musical career took a major turn when the world-famous American director Max Reinhardt asked him to write the score for his film A Midsummer Night’s Dream, which was released in 1935. Korngold performed this task so well that he went on to compose incidental music for several other films, creating a new genre: symphonic film music. He went on to receive three Oscar nominations and two Academy Awards in this genre. Tonight’s suite entitled Much Ado About Nothing is an early work by the composer, written in 1918 for the Schlosstheater company in Schönbrunn as incidental music for the Shakespeare play. It consists of four movements and an overture.

Our concert will conclude with Camille Saint-Saëns’ Symphony No. II. Born in 1835, the French composer was also considered a child prodigy. He was barely able to walk and talk when he learned to play the piano, had already composed his first piano piece at the age of 3, started studying composition at 7, performed as a pianist at 11 and was accepted at the Paris Conservatoire at 13, where he eventually graduated in music. His Symphony No.2, which we will perform tonight, was composed in 1859 and premièred in Leipzig in the same year. It was premièred in Paris a year later, conducted by Jules Pasdeloup, to whom Saint-Saëns himself dedicated the symphony.  After a brief introduction, the symphony opens with a fugue, followed by a short adagio movement, then a rather unusual scherzo, and finally a tarantella

Korngold: Much Ado About Nothing – suite 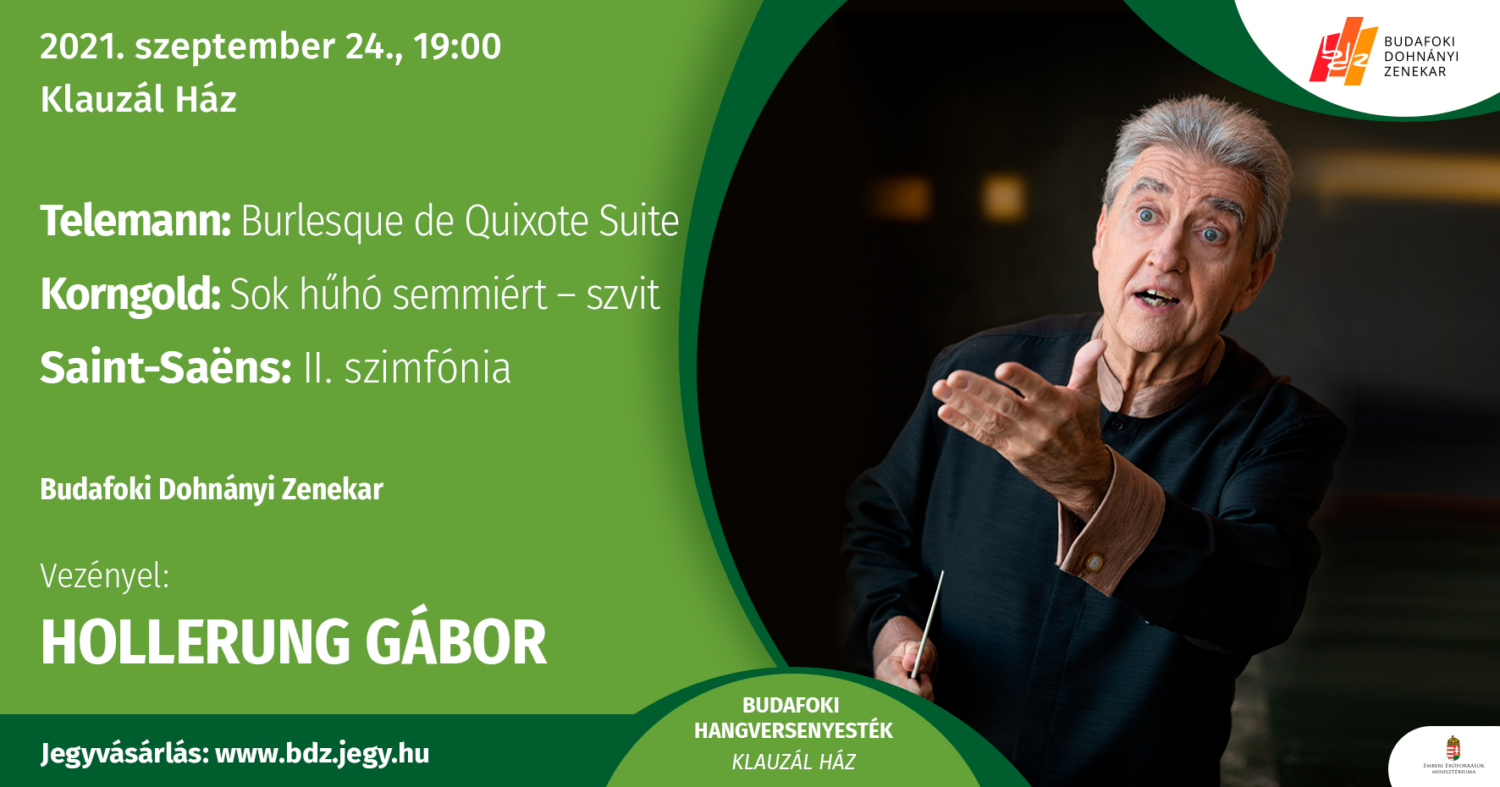