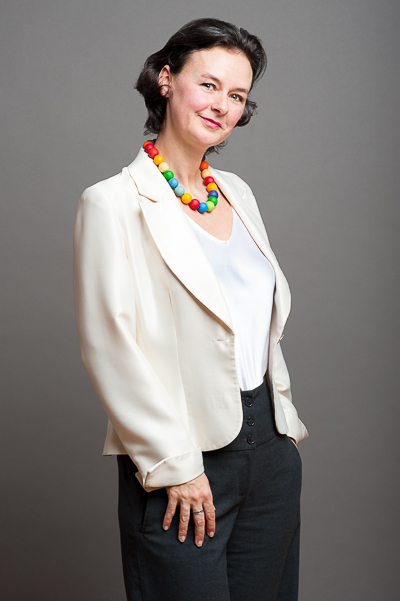 Eszter has been a member of our orchestra since 2010. Apart from BDO, she works as an editor and a journalist, and she is a dedicated singer, too. She is one of the founders of our orchestra’s PR magazine, Hangoló (“Tuner”) and has been its editor-in-chief ever since the beginning.

She has many favourite composers, according to genres. As a choir singer her favourite pieces are the choral works of György Orbán, as a jazz lover she is fond of Thelonius Monk and Keith Jarrett as well as the reinterpretation of Handel’s Messiah by Quincy Jones.

Ever since she was a little girl, she has wanted to be a musician. But just when she was about to enrol to Veszprém Music Conservatory to study the violin, she changed her mind and turned to foreign languages and jazz. She graduated as an economist with a specialisation in International Communication at the College of Foreign Trade, and already during her studies she immersed herself in Budapest jazz life, with her own band. She spent quite a few years working in the media, and remained an active choir member and jazz musician all through. She also sang in Gábor Hollerung – led Budapest Academic Choral Society. Raising a family took its toll on work and jazz singing, too, but this time period saw her active participation in a formation called “Kiscsoport” (literally: “small group”, the name for the group of the youngest children in Hungarian kindergartens – the tr.) that created a rather peculiar and ambitious genre that they call “kinderground”, aiming to reach young children (and their battle-tested parents) through their music.

She is mother to three lovely little troublemakers: Maja, Mirkó and Minna.

“It feels so good to work where there is music, to engage in organisational tasks related to music. I really like doing marketing here! My job is very colourful, never boring for a moment and it feels fantastic to manage such a premium category “product” as BDO. I am grateful to BDO and Gábor Hollerung in person for having me back with such ease and affection after seven years of maternity leave. It’s a special asset of this workplace that “Gábor of all of us” is a highly flexible leader. Although BDO has now moved in to our family life, basically, I can do my job as I think it’s best for me, too. I honestly hope that I will be able to organise many more anniversary campaigns and press conferences representing BDO in the future, too!”